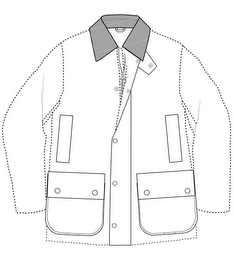 Like Alexander Wang, Barbour may have a difficult time convincing the USPTO that this trade dress is registerable. We'll see what the USPTO thinks in approximately three to four months when this application is reviewed by an examining attorney.
Posted by Alex Montgomery at 1:35 PM