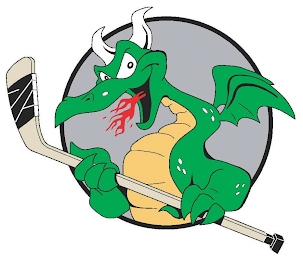 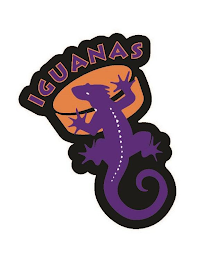 According to my quick search, these trademark applications are the first federal applications for hockey-related goods/services ever filed by San Antonio Spurs, LLC.
Posted by Alex Montgomery at 10:38 AM No comments:

Oak View Group, LLC, the owner of Seattle's new NHL franchise, added three more candidates to the list of possible names for the team's AHL affiliate in Palm Springs. On August 15, the group filed three new trademark applications with the USPTO for:

All the applications cover "Entertainment in the nature of hockey games" in Class 41. The applications were filed by the same attorney and law firm that filed three other trademark applications for potential team names earlier in August that cover the same services:
These earlier applications seemed to suggest a "bird" theme for the new AHL team, but the recent applications for "DRAGONS" and "SUN" indicate that might not be the case.

It's not uncommon for a new team to file multiple trademark applications on an intent-to-use basis for potential team names. Back in June 2016, I blogged about several filings for Tucson, Arizona's new AHL team (the Arizona Coyotes affiliate). That team ended up choosing the TUCSON ROADRUNNERS. And back in January 2016, I blogged about applications for the LA CHARGERS filed by the Chargers Football Company before the NFL teamed moved to LA.

While you may see more trademark filings by the Oak View Group, LLC, it's very possible the name of the new AHL team in Palm Springs will be one of those listed above.
Posted by Alex Montgomery at 9:17 AM No comments:

Is a new beer in the works over at Yuengling? Recent trademark applications filed with the U.S. Patent and Trademark Office suggest so.

On August 9, D.G. Yuengling & Son, Inc. filed two federal trademark applications with the U.S. Patent and Trademark Office - one for the design seen above and the other for the words YUENGLING FLIGHT. Both applications cover "beer" in Class 32.

Yuengling, which is the oldest operating brewing company in the United States, filed both applications on an intent-to-use basis. That basis indicates the brewery is not currently using this name and logo in commerce as a trademark for beer yet, but has a bona fide intention to do so in the near future. See TMEP 806.01(b).

In other words, it seems these applications are for the name and logo of a new beer that Yuengling plans to release in the near future. That's especially true considering the brewery will need to submit labels or packaging for a beer that shows these marks before the marks can be registered. See TMEP 904.03. Had these applications listed something like "brewery services," I would not be as convinced they are for the name/logo of a beer rather than something like an advertising slogan for the brewery as a whole.

Last year, Yuengling launched a new "Spread Your Wings" advertising campaign that pays tribute to the brewery's original name - "Eagle Brewery" - and the eagle design featured on its labels. These recent trademark applications, therefore, appear to be very on brand.

According to my quick search, these are the only federal trademark applications filed by D.G. Yuengling & Son, Inc. in 2019.
Posted by Alex Montgomery at 10:29 AM No comments: