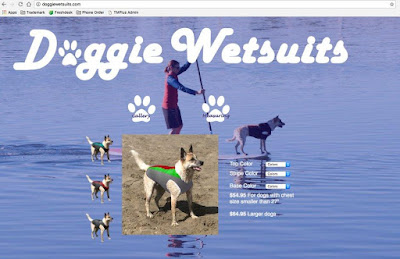 Is the term "doggie wetsuits" a term the relevant public would understand as primarily the common or class name for dog wetsuits? Does that term merely describe a function, feature, purpose, or use of the underlying goods? We will find out in approximately three months when this application is assigned to an examining attorney at the USPTO.
Posted by Alex Montgomery at 1:06 PM