Beer brewed with potatoes? Apparently that's a thing, but maybe only in Idaho...

On October 4, the Idaho Potato Commission filed an application with the U.S. Patent and Trademark Office to register the words IDAHO POTATO ALE as a trademark for "beer, ale and lager" in Class 32. 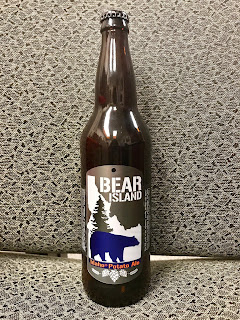 The Commission filed another application to register 100% IDAHO POTATO BEER as a certification mark for "beers, lagers and ales that include potatoes" on that same day. According to that application, "[t]he certification mark certifies the regional origin of potatoes grown in the State of Idaho and certifies that those potatoes conform to grade, size, weight, color, shape, cleanliness, variety, internal defect, external defect, maturity and residue level standards promulgated by the certifier."

to certify regional or other origin, material, mode of manufacture, quality, accuracy, or other characteristics of such person’s goods or services or that the work or labor on the goods or services was performed by members of a union or other organization. TMEP 1306.01; 15 U.S.C. 1127.

The application for a certification mark is similar to a traditional trademark application, with a few differences. For example, the applicant must submit (1) a certification statement (like the one for 100% IDAHO POTATO BEER quoted above), (2) a copy of the standards established to determine whether others may use the certification mark on their goods and/or in connection with their services, and (3) a statement that the applicant is not engaged in, or will not engage in, the production or marketing of the goods and/or services. See TMEP 1306.03 et seq. Unlike traditional trademarks, which indicate source, "the purpose of a certification mark is to inform purchasers that the goods or services of a person possess certain characteristics or meet certain qualifications or standards established by another person." TMEP 1306.01(b).