Is Pan Am Coming Back?

Does this mean the Pan Am airline will soon be operating again? Both applications were filed on an intent-to-use basis, which means the company is not using these trademarks in commerce yet but has a bona fide intention to do so in the near future. Thus, it's not a certainty but it does mean this company is making some sort of plan to use these trademarks in conjunction with air transport services sometime soon.

However, it appears the company used trademark411.com to file these applications without an attorney. That's a bit strange for a sophisticated airline.

Interestingly, another company, Pan Am World Airways, Inc., filed an application for a similar mark (shown below) with an attorney. That mark was also filed in Class 039 for "Air transportation of passengers and freight" and was filed in February 2010 on an intent-to-use basis. The applicant has requested and received multiple extensions to file the final Statement of Use form showing the mark actually being used in commerce (which is required before the mark can actually register). 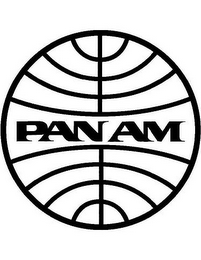