On January 15th, Big Dog Productions, Inc. (the company that produced The Tonight Show With Jay Leno) filed a federal trademark application for the mark seen below. 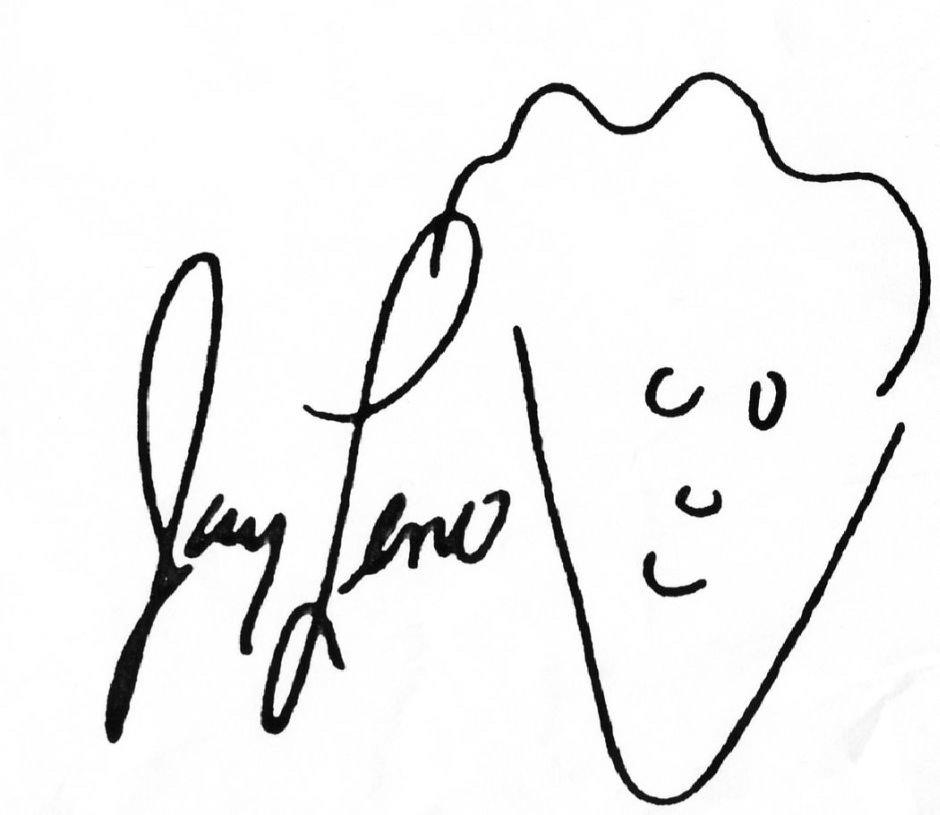 The company filed the trademark application in Class 041 for a variety of entertainment services, including a television show, blogs, and websites, related to automobiles and motorcycles. The date of first use for this trademark is listed as December 1, 1996. 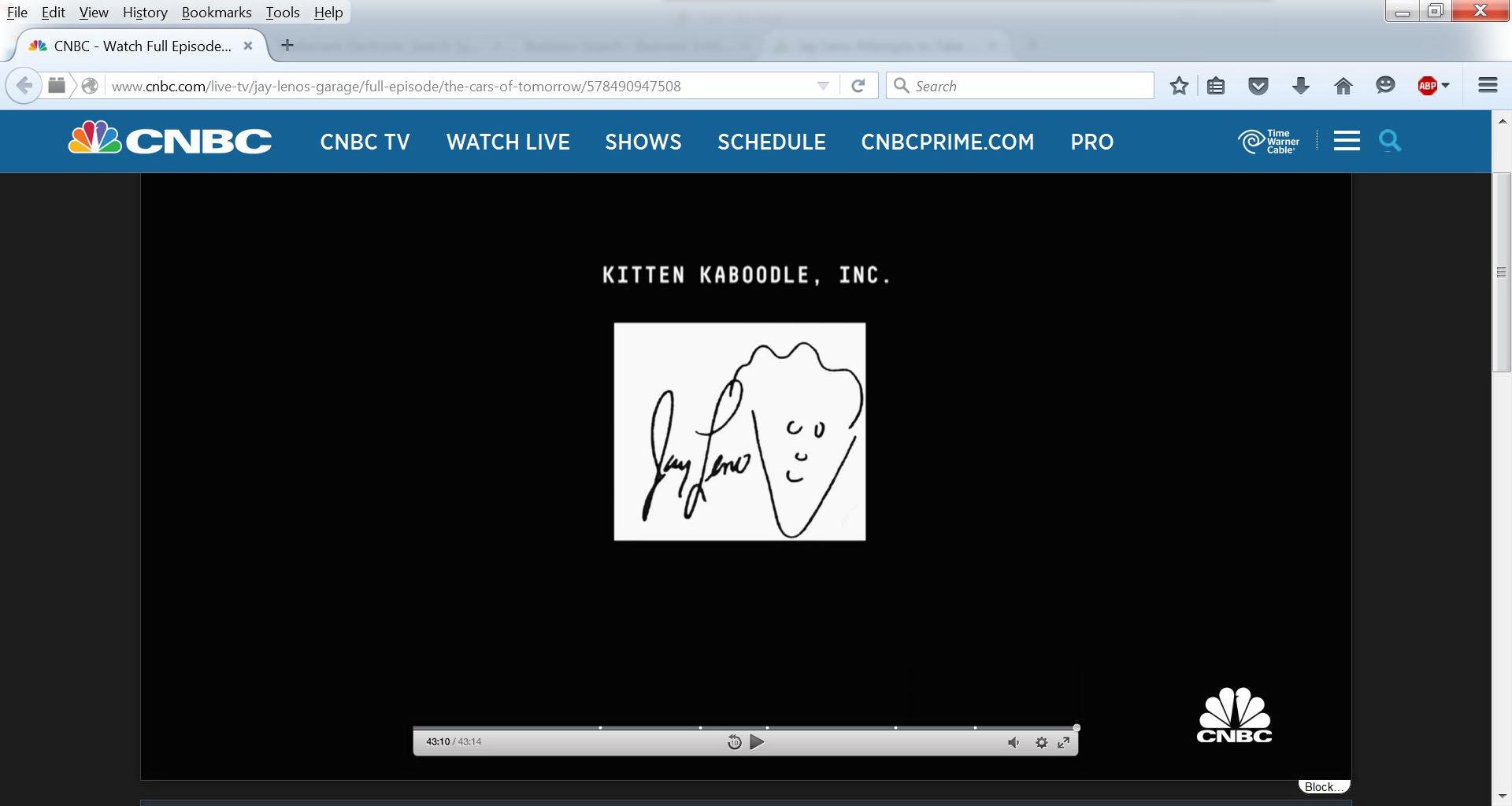 The specimen for the trademark application, seen above, shows this mark being used in commerce. With the Tonight Show With Jay Leno off the air, it appears this mark is being used in conjunction with the television show Jay Leno's Garage. The application is broad enough to cover future shows related to automobiles as well. 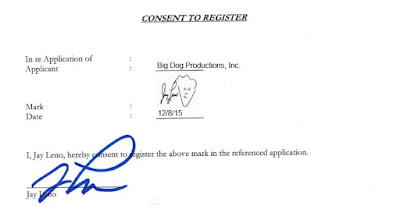 If you're wondering how a production company can file a trademark application containing Jay Leno's signature, the answer is above. Section 2(c) of the Trademark Act prohibits the registration of "a name, portrait, or signature identifying a particular living individual except by his written consent..." Under TMEP 1206.04(a), a written consent to register a trademark bearing this information must be signed by the person whose likeness is being used. That consent, along with Jay Leno's signature, is seen above.
Posted by Alex Montgomery at 11:32 AM