You may have heard about the viral "Damn, Daniel" meme that broke the internet over the last two weeks. The video, which is only 30 seconds long, features Josh Holz filming his friend Daniel Lara in a variety of outfits and exclaiming "Damn, Daniel" over and over again. Josh also uses the now popular phrase "back at it again with the white Vans" in response to Daniel's shoes. The two friends are sophomores at Riverside Polytechnic High School in California.

Apparently, the popularity of the video (the friends even appeared on Ellen recently) led the two teens to file federal trademark applications for the phrase DAMN DANIEL in the United States Patent and Trademark Office on February 24th (with the help of attorneys at Varner & Brandt, LLP). 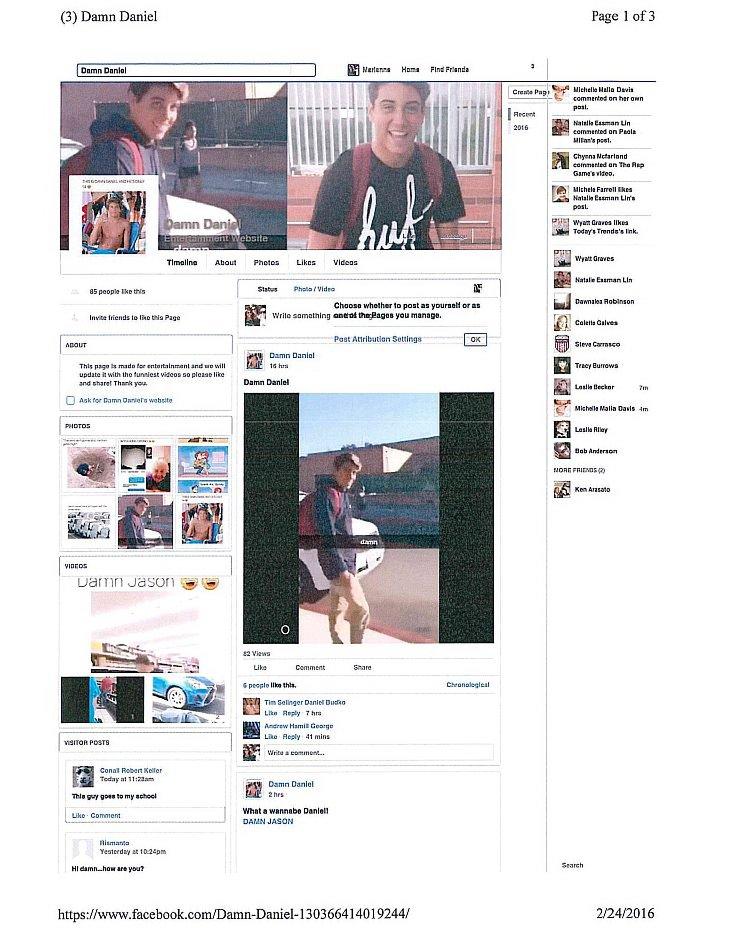 The specimen submitted with the application in Class 041 is seen above.

If successful in obtaining these federal trademark registrations, the teens will obtain the exclusive, nationwide right to use the term DAMN DANIEL on goods or services related to those listed on their applications. Whether those rights are enforced by the teens is yet to be seen. Given the viral nature of the video, I have a feeling enforcing them will not be easy.
Posted by Alex Montgomery at 9:12 AM