UbiSoft's Tom Clancy's Splinter Cell series has been around for years, boasting six installments of video games over the years, the last of which UbiSoft released in 2013. A recent federal trademark application for SPLINTER CELL filed by UbiSoft with the U.S. Patent and Trademark Office, however, suggests a new installment may be in the works. 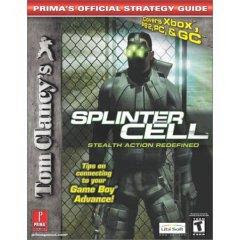 UbiSoft filed the application on May 15th for a variety of computer and video game-related services in Class 41, including:

The application was filed on an intent to use basis, suggesting UbiSoft is not yet using the SPLINTER CELL trademark in conjunction with all the services listed in the application but has a bona fide intention to do so in the near future. TMEP 806.01(b); 15 USC 1051(b).