On May 2, the Active 20-30 Club of Redding Foundation, Inc. d/b/a Sundial Film Festival filed a federal trademark application for SUNDIAL FILM FESTIVAL. The applicant filed the application in Class 041 for "[e]ntertainment services, namely, planning and conducting a series of film festivals[.]" 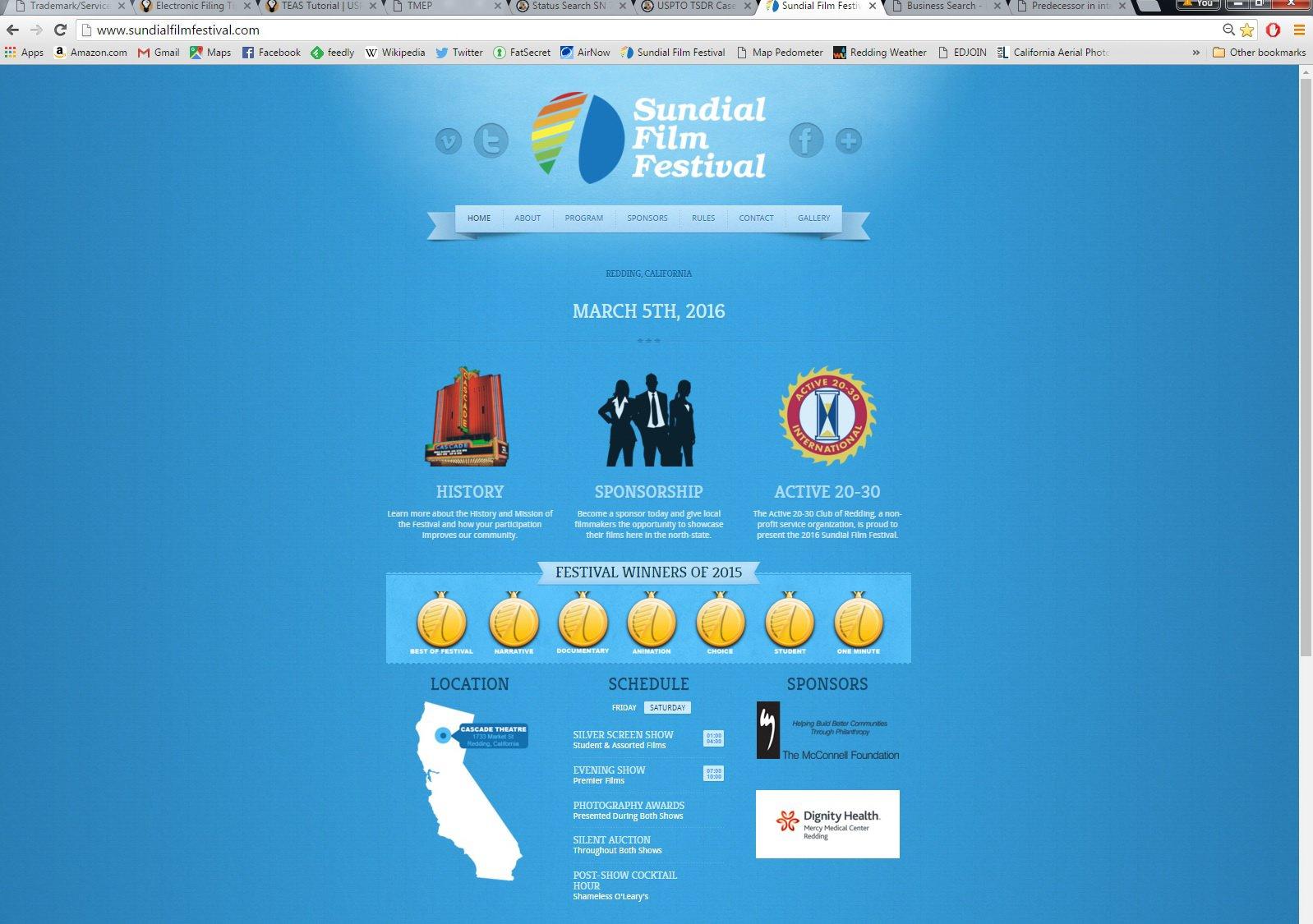 According to the Applicant's website, the Sundial Film Festival is a California-based film festival in its eighth year. This coincides with the April 7, 2008 first use date listed on the trademark application.

However, there is a pre-existing registration for the well-known SUNDANCE FILM FESTIVAL, which was filed in 1996 and registered in 1998. The services listed on the Sundance registration are also in Class 041 for "entertainment services, namely, planning, managing, and conducting an international film festival."

Will the Trademark Office refuse to register SUNDIAL FILM FESTIVAL due to a likelihood of confusion with SUNDANCE FILM FESTIVAL? Probably. Not only are the marks almost exactly the same, differing only in the last few letters of SUN-, but the services are in the same class and nearly identical.

Note - it's interesting the Sundial Film Festival has been around for 8 years while the Sundance Film Festival has held a federal trademark registration for almost twenty. Sundance may not be opposed to Sundial. If that is the case, Sundial might use a consent agreement with Sundance to overcome a Section 2(d) refusal. See TMEP 1207.01(d)(viii). However, the record does not reflect such a consent agreement at this time.
Posted by Alex Montgomery at 1:25 PM