Kid Rock might not actually be running for Senate (despite filing an application to register KID ROCK FOR SENATE as a trademark last year), but he may actually be expanding his line of alcoholic beverages, if recent trademark applications are any indication. On May 24th, Robert J. Ritchie (aka Kid Rock) filed applications to register KID ROCK'S REDNECK RYE and KID ROCK'S REDNECK WHISKEY as trademarks with the U.S. Patent and Trademark Office.

Not surprisingly, each application covers "distilled spirits" in Class 33. The rocker filed each application on an intent-to-use basis, suggesting he is not currently using these trademarks to sell distilled spirits but has a bona fide intention to do so in the near future. TMEP 806.01(b); 15 USC 1051(b). Before these applications can mature into registrations, Kid Rock must actually start using these designations as trademarks and submit sufficient proof of same to the USPTO.

Before that can happen, however, Kid Rock might need to deal with a couple issues. One is that the USPTO is likely to require Robert Ritchie to submit his written consent to the use and registration of a trademark containing KID ROCK. Such consent is required because Section 2(c) of the Trademark Act prohibits the registration of any name, portrait, or signature that identifies a particular living individual without that individual's written consent. 15 USC 1052(c). That prohibition applies not only to full names, but also to "first names, surnames, shortened names, pseudonyms, stage names, titles, or nicknames, if there is evidence that the name identifies a specific living individual who is publicly connected with the business in which the mark is used, or who is so well known that such a connection would be assumed." TMEP 1206.01. The USPTO initially refused to register the KID ROCK FOR SENATE application, for example, in part because this written consent was not submitted (and still hasn't been).

These are not the first alcohol-related trademark applications filed by Robert J. Ritchie. The rocker currently owns registrations for AMERICAN BADASS BEER COMPANY (and a logo), BADASS BEER, BADASS, and an eagle design, all covering "beer."
Posted by Alex Montgomery at 10:18 AM No comments:

Your favorite spot to drop in Fortnite? It's now the subject of a federal trademark application.

On Friday, May 11th, Epic Games, Inc. filed applications to register every location in Fortnite (all 21 of them) as a trademark with the U.S. Patent and Trademark Office. Links to each application are below:

Epic Games filed each application (with the exception of LUCKY LANDING, which was not filed in Class 41, maybe by mistake) in the same three classes for the same goods and services:
Each application was filed on an intent-to-use basis, meaning Epic Games will need to submit evidence that they are using these names as trademarks for the listed goods and services before a registration can be issued. TMEP 806.01(b); 15 USC 1051(b). For example, Epic Games submitted the screenshot above with its application for the name FORTNITE covering "Entertainment services, namely, providing on-line computer games," which registered earlier this year.

A federal trademark registration comes with a number of benefits, one of the main ones being that it gives the owner the presumption of the exclusive right to use the trademark nationwide (as opposed to within a limited geographic area, which is typically the case with an unregistered trademark). It can also streamline the process of filing similar trademark applications in foreign countries and gives the owner the right to use the little (r) symbol (unregistered trademarks can only use the small (tm)).

According to my quick search, these are the first trademark applications for the locations in Fortnite filed by Epic Games. The gaming company also owns pending applications for VICTORY ROYALE and SLURP JUICE, filed back in February, covering the same goods and services.
Posted by Alex Montgomery at 9:23 AM No comments:

Is Jimmy Buffett's Margaritaville Getting into the Marijuana Business? Recent Trademark Applications for IT'S 4:20 SOMEWHERE and CORAL REEFER Say Maybe

It's 5:00 somewhere? Not anymore. 4:20 is the new 5:00, at least according to recent trademark applications filed by the entity operating the Jimmy Buffett's Margaritaville restaurants and resorts.

On May 3rd, Margaritaville Enterprises, LLC, founded by Jimmy Buffett, filed twelve federal trademark applications with the USPTO covering what appears to be a variety of marijuana-focused goods and services. The applications are for two phrases - IT'S 4:20 SOMEWHERE and CORAL REEFER. Margaritaville Enterprises filed each phrase in six different classes of goods and services each, rather than listing the six classes in a single application (hence the twelve applications). Applicants often do this to prevent an issue in one class from holding up all the other classes (which is what would happen if all the classes were listed in a single application).

The goods and services covered by the IT'S 4:20 SOMEWHERE and CORAL REEFER applications are, for the most part, the same and include:

Margaritaville Enterprises filed each application on an intent-to-use basis, suggesting it is not currently using these phrases as trademarks for the listed goods/services but has a bona fide intention to do so in the near future. TMEP 806.01(b); 15 USC 1051(b). Before these applications can mature into registrations, the phrases must actually be used as trademarks for the listed goods/services and sufficient evidence of that use must be submitted to the USPTO. TMEP 902.

Notice that Margaritaville Enterprises did not list "marijuana" as one of the goods in its applications. That is because the sale of marijuana is illegal at the federal level. The USPTO will refuse to register any trademark for the sale of marijuana because that sale violates federal law, and a trademark must be in lawful use in commerce for the USPTO to register it. I blogged about this issue before here.

So is Jimmy Buffett's Margaritaville moving into the marijuana business? Will you be able to get marijuana as easy as margaritas at the Margaritaville restaurants and resorts in the near future? You be the judge (and pay attention to these applications to find out).

According to my quick search, Margaritaville Enterprises, LLC owns 432 active trademark applications or registrations with the USPTO, including several registrations for MARGARITAVILLE, like this one from 1995.
Posted by Alex Montgomery at 3:30 PM No comments: 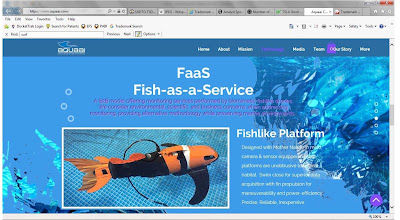 If the applications make it through the examination process, or any issues raised during the examination process are resolved, the application will be published for thirty days in the USPTO's Official Gazette. TMEP 1502; 15 USC 1062. During that time period, any third party that believes it would be damaged by the registration of the trademark is entitled to oppose its registration. If an opposition is filed, it triggers a lawsuit-like proceeding in front of the Trademark Trial and Appeal Board. TMEP 1503.01 et seq. If no opposition is filed, the applications should mature into registrations about eleven weeks after the initial publication date. In total, a trademark application without any issues in the examination phase takes about nine to twelve months to register.
Posted by Alex Montgomery at 1:20 PM No comments: