On September 26th, reports surfaced that Dyson Technology Limited, best known for its high-end vacuums, would be building an electronic car by 2020. By that time, the United Kingdom-based company had already filed a United States trademark application covering car-related goods and services, which may provide some further insight into its plans.

On September 25th, Dyson Technology Limited filed with the U.S. Patent and Trademark Office a trademark application for DYSON (standard characters) covering not only "electronic cars," but also "driverless cars," "autonomous vehicles," "driverless transporter vehicles," and "motorcycles" (initial reports did not seem to mention driverless cars, although I may have missed it).

Some of the other goods and services covered by this application include:
Dyson filed this application on an intent-to-use basis, which indicates it is not using DYSON in conjunction with these goods and services yet but has a bona fide intention to do so in the near future (which makes sense, considering it does not plan to fully develop these vehicles until at least 2020). TMEP 806.01(b); 15 USC 1051(b).

According to my quick search, this is the first automobile-related trademark application filed by Dyson Technology Limited in the United States (although the company owns 77 other active trademark registrations or application covering a variety of other goods and services).
Posted by Alex Montgomery at 9:45 AM No comments:

As if the Ritz-Carlton hotel chain wasn't fancy enough already, a recent trademark application filed with the U.S. Patent and Trademark Office suggests the hotel may be adding another ritzy good to its lineup - caviar. 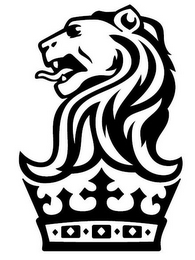 Perhaps the hotel will be selling this caviar on their new yachts in 2019? Not only did the hotel announce The Ritz-Carlton Yacht Collection on its website, but it also filed five applications to register the words THE RITZ-CARLTON YACHT COLLECTION as a federal trademark back in June 2017. Those applications, which the hotel also filed on an intent-to-use basis, cover a variety of goods and services related to cruise services, including "transport of passengers and of goods," "cruise ship services," and "organizing and operating excursions, tours, holidays and cruises."

Before the trademark applications for THE RITZ-CARLTON covering caviar and THE RITZ-CARLTON YACHT COLLECTION covering a variety of cruise ship-related goods and services can actually register, the Ritz-Carlton must actually start using the mark to sell the listed goods and render the listed services and submit sufficient proof of such use to the U.S. Patent and Trademark Office. TMEP 1103; 15 USC 1051(d).

Caviar and yachts - [probably] coming to Ritz-Carlton soon.
Posted by Alex Montgomery at 12:29 PM No comments:

As is the case when nearly any newsworthy event occurs (like with Covfefe), people across the country attempt to "capitalize" on a name or phrase by filing intent-to-use trademark applications with the U.S. Patent and Trademark Office ("USPTO"). Hurricane Irma, it appears, is no different.

An individual in Columbus, Mississippi filed the application for HURRICANE IRMA on an intent-to-use basis, which suggest she was not using the name as a trademark at the time of filing (i.e., was not selling goods or rendering services under that name) but has a bona fide intention to so do in the near future. TMEP 806.01(b); 15 USC 1051(b). That application covers a host of non-beer related alcohol products, including:
Before this application can register, the applicant will need to actually start selling the goods listed in the application under the HURRICANE IRMA name and submit sufficient proof of the same to the USPTO. TMEP 1103; 15 USC 1051(d). If she cannot do this before her extensions run out, the application will go dead.

The applicant who filed the I SURVIVED HURRICANE IRMA application, an individual from Levittown, New York, also filed that application on an intent-to-use basis. That application covers:
As with the HURRICANE IRMA application, this applicant will need to start actually using this phrase in conjunction with the listed goods and services before he can obtain a registration. However, simply plastering this phrase on various clothing items is not typically enough to demonstrate trademark use and therefore obtain a registration. TMEP 1202.03(f)(i) ("Slogans or phrases used on items such as t-shirts and sweatshirts, jewelry, and ceramic plates have been refused registration as ornamentation that purchasers will perceive as conveying a message rather than indicating the source of the goods.").

Under Section 2(d), an application that is likely to cause confusion with a previously filed mark will be refused registration. TMEP 1207.01; 15 USC 1052(d). But what happens when two applications are executed and filed on the same day, such as the applications above, which were both executed and filed on September 10th? Which is the previously filed application? In this case, because the execution date and filing date are the same for both applications, the application with the lowest serial number will be deemed the earlier filed application. TMEP 1208.01(b). In this case, that is the HURRICANE IRMA application (Ser. No. 87/602,370), not I SURVIVED HURRICANE IRMA (Ser. No. 87/602,412).

Sometimes controversial actor and YouTube personality Jake Paul has been busy filing federal trademark applications with the U.S. Patent and Trademark Office over the past two weeks. Or, more appropriately, his business entity 10 Digit Investments, LLC has been busy (this entity is listed as the owner of the trademark applications and the California Secretary of State website lists Jake Paul as a member or manager of the LLC).

According to my quick search, these are the first federal trademark applications filed by Jake Paul and his business entity, 10 Digital Investments, LLC. Loeb & Loeb, a law firm based in Los Angeles and known for representing celebrities and entertainment clients, assisted Jake Paul with these trademark filings.
Posted by Alex Montgomery at 1:14 PM No comments:

Apparently a new Jurassic Park movie, titled Jurassic World: Fallen Kingdom is being released next summer (news to me), and Universal City Studios, LLC and Amblin' Entertainment, Inc. are already getting a head start on protecting the movie's title.

On September 7th, Universal City Studios and Amblin' jointly filed ten applications to register JURASSIC WORLD: FALLEN KINGDOM as a federal trademark, with each application covering different goods or services. Those goods and services cover not only entertainment services, but also a variety of merchandise one would expect to be marketed with a blockbuster movie. Some of the goods and services listed in these applications include:

Universal and Amblin' filed all these applications on an intent-to-use basis, suggesting they have a bona fide intention to (but may not) use the JURASSIC WORLD: FALLEN KINGDOM mark in conjunction with all the listed goods and services (which makes sense considering the film is not set to be released until next summer, so it's very unlikely they would be offering those goods and services under that mark as this time). See TMEP 806.01(b); 15 USC 1051(b).

According to reports, Chris Pratt is back to star in this film, which is scheduled to hit theaters on June 22, 2018.
Posted by Alex Montgomery at 11:33 AM No comments:

In my opinion, trademark applications for beer and breweries are some of the most popular filings these days. In fact, I've blogged about it before - here and here. That trend doesn't appear to be slowing down any time soon.

Many of these entrepreneurs and brewing companies take advantage of the intent-to-use filing basis under 15 USC 1051(b), which allows an applicant to obtain priority (contingent upon registration) in a mark prior to developing any common law rights. See also TMEP 1101. In other words, if a brewer has a bona fide intention to use a name or logo with a beer (i.e., has developed marketing plans, has ordered proofs, etc.), it can effectively "reserve" rights in that name or logo as of the filing date with an intent-to-use trademark application, if that application actually matures to a registration.

The large number of trademark filings for beer-related marks also demonstrates the importance of a trademark search prior to use and filing of a mark. Not only will the Trademark Office refuse, under Section 2(d) of the Trademark Act (see also TMEP 1207 et seq.), to register a mark that is too similar to an active, previously-filed application or registration, using a mark that is too similar to another's mark can put a newcomer at risk of infringement, if the newcomer's goods or services are related to those offered by the senior user. A trademark search helps identify these risks up front and can save substantial headaches (and costs) down the road. If you plan on using or filing an application for any mark (and especially beer-related marks), a trademark search is highly recommended.
Posted by Alex Montgomery at 11:39 AM No comments:

Are Rocky and Bullwinkle Coming Back? Five Recent Trademark Applications Hint at Return

Remember the animated The Rocky and Bullwinkle Show from the late 1950's and early 1960's? It may be making a return, if recent trademark applications are any indication.

On September 1st, Ward Productions, Inc. (the producer of the show) filed four trademark applications to register THE ADVENTURES OF ROCKY AND BULLWINKLE as a trademark with the U.S. Patent and Trademark Office. The studio also filed another application for the show's title back in February. The goods and services covered by these applications are those you would expect to be offered in conjunction with a television series or movie, including:

Ward Productions filed all these applications on an intent-to-use basis, suggesting it was not using the mark in commerce on the filing date but has a bona fide intention to do so in the near future. TMEP 806.01(b); 15 USC 1051(b). Before these applications can mature into registrations, the animation studio must actually start using THE ADVENTURES OF ROCKY AND BULLWINKLE in conjunction with the listed goods and services. TMEP 1104; 15 USC 1051(c)-(d).

So are Rocky and Bullwinkle returning? Maybe. Pay attention to these trademark applications to find out.
Posted by Alex Montgomery at 9:33 AM No comments:

Rashad Jennings Files Application to Register His Signature as a Trademark

On August 28th, NFL running back and Dancing With The Stars winner Rashad Andre Jennings filed a federal trademark application with the U.S. Patent and Trademark Office for his signature, seen below. 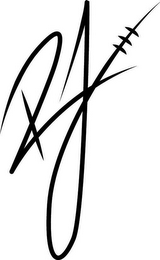 The application, which claims a first use date of February 2014, covers:

This isn't the first trademark application filed by Rashad, and it's not the only one covering charitable services. Mr. Jennings owns a federal trademark registration for MEET US AT THE FIFTY, covering christian ministry services, and for SHAD SQUAD covering "Charitable foundation services, namely, providing financial support to youth for literacy, mentorship and health and fitness." In 2016, he also filed trademark applications for the words OAK HAUS and a stylized "OH" design, both covering hats, pants, and shirts, and an application for SHAD THE POET covering t-shirts.