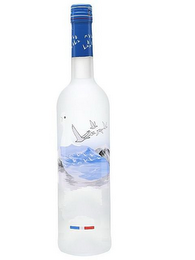 According to my quick search, Bacardi & Company owns 197 active trademark applications or registrations with the USPTO, several of which are for bottle designs and/or bottle configurations (like this one for the Grey Goose VX bottle).
Posted by Alex Montgomery at 10:18 AM