On October 29th, the University of Louisville filed a federal trademark application for SOCCERVILLE as it applies to shirts. However, obtaining a registration for clothing items can be tricky. Applicants often get an office action refusing to register their mark because the mark is seen as merely ornamentation and not as a functioning trademark. UL may have that problem with this application. 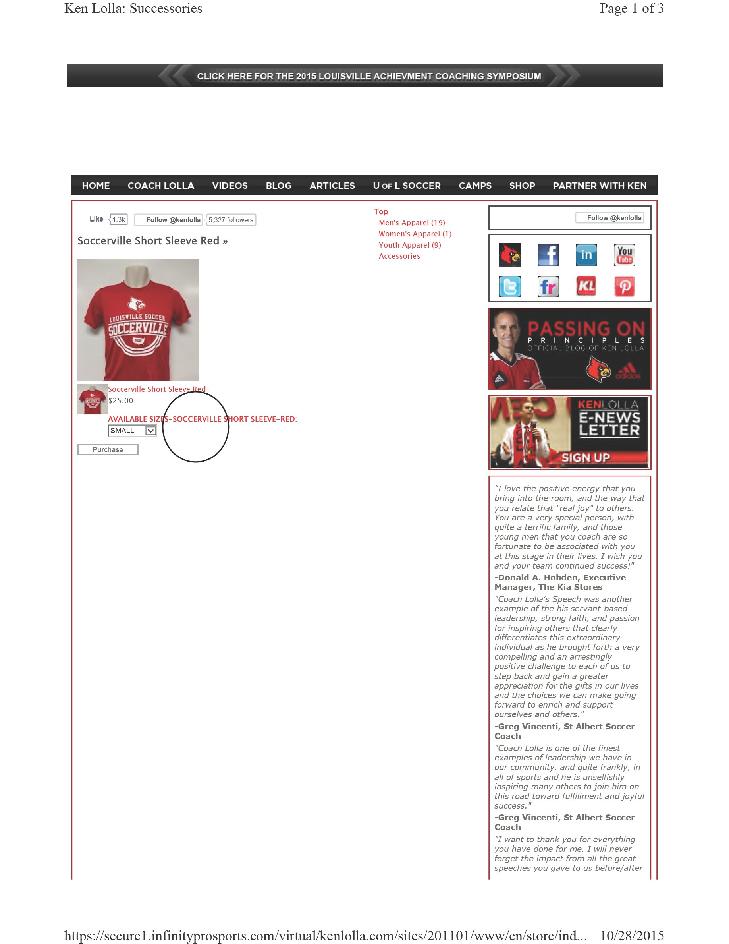 According to the Trademark Office, "[s]ubject matter that is merely a decorative feature does not identify and distinguish the applicant’s goods and, thus, does not function as a trademark." TMEP 1202.03. In determining whether a mark is merely decorative, and thus should be refused registration for being ornamental matter rather than a trademark, the Trademark Office will consider the following factors:

(1) the commercial impression of the proposed mark;
(2) the relevant practices of the trade;
(3) secondary source, if applicable; and
(4) evidence of distinctiveness.

Id. The Trademark Office often finds slogans on apparel to be decorative slogans rather than source identifying trademarks ("[s]logans or phrases used on items such as t-shirts and sweatshirts, jewelry, and ceramic plates have been refused registration as ornamentation that purchasers will perceive as conveying a message rather than indicating the source of the goods." TMEP 1202.03(f)(i) citing In re Hulting, 107 USPQ2d 1175, 1181 (TTAB 2013)).

In this particular case, the UL may have trouble convincing the Trademark Office that a SOCCERVILLE slogan across the front of a shirt is a source identifying trademark rather than a decorative slogan. If the UL had used this slogan in the tag of the shirt, or if it has other registrations for the SOCCERVILLE mark (and thus can use a "secondary source" argument), it would have a better chance at registration. However, when this particular application is assigned to an Examining Attorney in approximately three months, I predict an office action on the basis of ornamentation under TMEP 1202.03.
Posted by Alex Montgomery at 9:10 AM