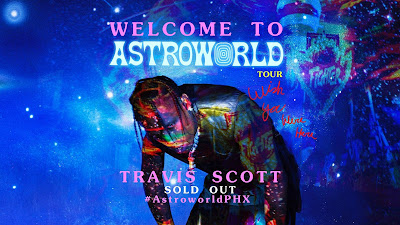 Notably missing from the TRAVIS SCOTT trademark applications, however, is Jacques Bermon Webster II's written consent to register his stage name as a trademark. Section 2(c) of the Trademark Act prohibits the registration of a trademark that consists of or comprises a name, portrait, or signature identifying a particular living individual except by his/her written consent. That includes stage names. TMEP 1206.01. LaFlame Enterprises will need to provide that written consent before these marks can be registered.
Posted by Alex Montgomery at 9:32 AM