Trademark applications covering space travel aren't that common, but they are starting to pop up more and more. For example, last summer I blogged about Paul Allen's Vulcan Space. The most recent applications, however, are from Richard Branson's Virgin Enterprises.

On July 13th, Virgin Enterprises filed two applications with the U.S. Patent and Trademark Office to register the Virgin Orbit logo (one seen below and the other the same thing but against a black background) as a trademark. 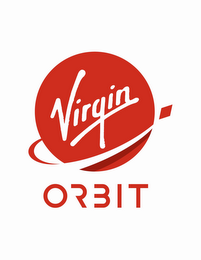 The applications cover several goods and services related to space travel, air transport, and satellites, including:

The applications are based on similar trademark applications Virgin Enterprises filed in the United Kingdom on May 12, 2017. They appear to be related to Virgin Orbit (obviously), the newest member of the Virgin family.

Interestingly, these are not the first space travel-related trademark applications filed by Virgin Enterprises. Earlier this year, the company filed an application for VIRGIN ORBIT in standard characters covering the same goods and services listed in the logo applications. Additionally, the company has owned a trademark registration for the Virgin Galactic logo seen below, covering "Travel agency services, namely, making reservations and bookings for transportation, space travel agency services; namely, booking of transportation into space" since November 2008. 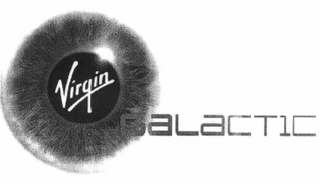 According to my very quick search, Virgin and Vulcan appear to be the only companies with active trademark applications or registrations covering the transportation of passengers into space, save for one registration covering a spacecraft logo owned by an Excalibur Almaz Limited corporation on the Isle of Man.
Posted by Alex Montgomery at 11:37 AM