Is MY TAMAGOTCHI FOREVER the Next Pokémon Go?

The success of Pokémon's revitalization through the extremely popular Pokémon Go app might be spurring the redevelopment of another 1990's classic - the Tamagotchi.

On July 15th, Kabushiki Kaisha Bandai (a Japanese toy company that owns the original TAMAGOTCHI trademark registrations from the 90's), in conjunction with WiZ CO., LTD. (what appears to be a Japanese toy and mobile content development company), filed a federal trademark registration for MY TAMAGOTCHI FOREVER. The companies filed the application in two different classes for the following goods and services:

Both classes were filed on an intent-to-use basis, meaning the companies are [probably] not using MY TAMAGOTCHI FOREVER in commerce yet, but have a bona fide intention to do so in the near future. 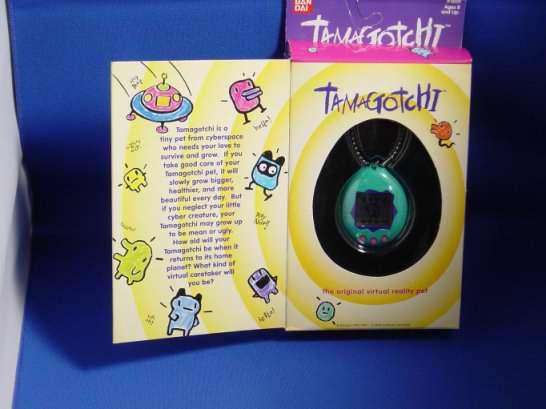 The goods and services listed in this application sound a lot like some sort of mobile game. Will we soon be able to care for Tamagotchis on our mobile phone like we did on those rudimentary plastic eggs in the 90's? Will the app incorporate augmented reality like Pokémon Go? Will we see MY TAMAGOTCHI FOREVER in the App Store soon? Only time will tell.
Posted by Alex Montgomery at 10:47 AM