The EMOJI Trademark Trend Continues With Application for EMOJI BURGER

It's 2016, so it's only natural that many of the trademark applications filed with the U.S. Patent and Trademark Office these days contain some form of the term EMOJI. In fact, I've blogged about many EMOJI-related trademark applications in the past (like PETMOJI, TRUMPMOJI, EMOJIBALMS, EMOJI BANDAGES, and EMOJI CARDS). 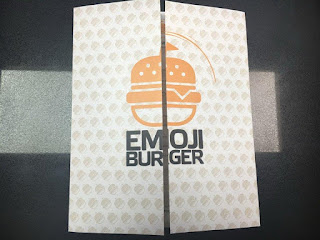 Regardless, the EMOJI field of trademarks is getting crowded, which highlights the importance of conducting a trademark search prior to using and filing an application for any mark.
Posted by Alex Montgomery at 12:48 PM