Oddly, this isn't the first time I've blogged about a trademark application for a "celebrity" dog. First it was Doug the Pug, now it's Tinkerbelle the Dog. 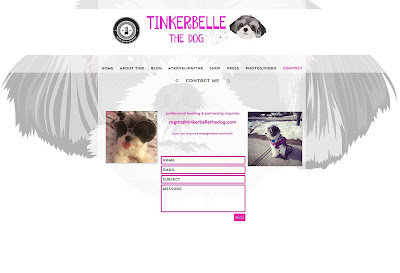 On August 3rd, an individual in New York (who appears to be Tinkerbelle's owner) filed an application to register TINKERBELLE THE DOG as a trademark with the U.S. Patent and Trademark Office. The application covers:

According to the application, these services have been offered under the TINKERBELLE THE DOG mark since at least as early as June 1, 2014.

Not bad for a small dog.
Posted by Alex Montgomery at 9:36 AM