On January 17th, the Metropolitan Washington Airports Authority (MWAA) filed seven different federal trademark applications related to the Dulles and Reagan Airports. Those applications are seen below. The blank represents a logo design, which is also seen below. 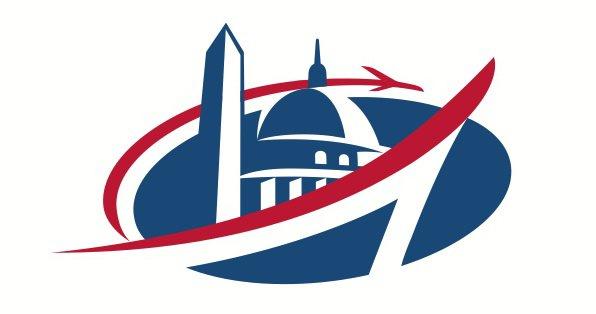 According to the MWAA's website, "[t]he Authority's mission is to develop, promote, and operate safely Reagan National and Dulles International airports, continually striving to improve our efficiency, customer orientation, and the level of air service offered at National and Dulles." That mission apparently involves obtaining maximum legal protection for the airports' trademarks as well.

As I've blogged about before, this application demonstrates that government entities are entitled to obtain federal trademark registrations just like private businesses. There is one improve caveat, however. Nobody, not even a government entity, can obtain a federal trademark registration for a "flag or coat of arms or other insignia of the United States, or of any State or municipality, or of any foreign nation, or any simulation thereof." See Section 2(b) of the Trademark Act (15 U.S.C. 1052(b)). This is true "regardless of the identity of the applicant, that is, the statutory prohibition allows no exception even when the applicant is a government entity seeking to register its own flag, coat of arms, or other insignia." See TMEP 1204 and In re City of Houston, 731 F.3d 1326, 108 USPQ2d 1226 (Fed. Cir. 2013).
Posted by Alex Montgomery at 9:50 AM